My computer graphics card died so I didnt get as much work in this week as I wanted, but you can see a preview of my new house, the Cotswold Cottage, which is an updated, white version of the Somerset and Midsomer.  It is just North of the central landing point.  I will get it packaged up in the next few days — I have temporarily removed the vendor that rezzes the other versions of the cottage until I do.
http://maps.secondlife.com/secondlife/LaGalleria%20Prefab%20Homes/251/7/29

In the next couple of weeks I will also be updating the Somerset and Midsomer, so make sure you have your house box rezzed to scan for the update.  The house has new windows and doors, new texturing, and the ability to tint the inside walls separate from the outside one.

Gifts are out front of the Cotswold Cottage — take a look: 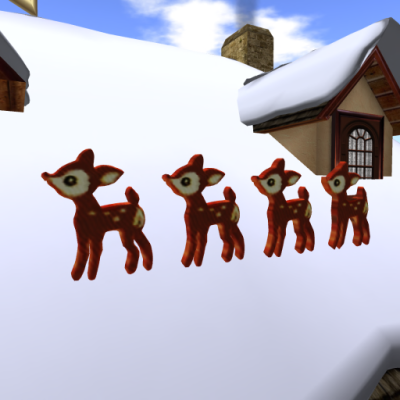